When I confirmed my volunteer position with Conservation Volunteers of Australia five months ago, I didn’t know too much about what my month here would look like. I had heard about the organization from my sister, Kalie, who volunteered with CVA during a week of her Carpe Diem Education Gap Year Semester in 2015. I had to book the trip through a different company run out of the US, and I was given very little information. The only thing I knew was that I had to be in their office in Sydney at 11 AM on Friday, February 2nd and that I could be working anywhere in the country. Naturally, when I arrived at the office a week ago, I was excited to finally find out everything I would need to know about the next month of my life. Thirty minutes later, I was on a train to Newcastle with very few of my questions answered. Three hours later, after being picked up by the project coordinator in Newcastle, I got taken to the volunteer house where I got some answers. Instead of telling you what she said, I’ll just write a little about what I’ve done for the last week.

From about 4:00 PM on Friday to 8:00 AM on Monday, we were free, with nothing planned and no requirements. I, along with the 8 other volunteers in the house, settled in, unpacked our bags, and got to know each other a little better. The nine of us represent six different countries (Belgium, Japan, Germany, Taiwan, Holland, and USA), and we are all staying in Newcastle for at least the next two weeks. I got a sense of our setting by combining two of my favorite ways to get to know a new city, and I went for a run along the water’s edge. Newcastle is Australia’s sixth-largest city, with a population of nearly 550,000 people about two hours north of Sydney by car on the eastern shore of the country. The city’s residents are well spread across the area, making it feel like a smaller town while also offering the amenities of a larger city. Its offerings include miles of beautiful cliff side beaches, historic architecture, a hip shopping scene, a diverse collection of  restaurants and bars, and a sun drenched climate. We spent the weekend visiting some of said beaches, getting our bearings, and knocking out the last of our jet lag. All of a sudden it was Monday morning and we had our first day of work.

Conservation Volunteers of Australia is a national organization with projects all across Australia and New Zealand. They use a combination of international and local volunteers to positively impact the country’s nature areas. Their conservation goal is to increase resilience through the protection, maintenance and restoration of the environment, landscapes, habitats, species, and heritage. Having done a lot of environmental advocacy in high school on the political and activism front with the Alliance for Climate Education and the Chicago Youth Alliance for Climate Action, I was eager and excited to get involved in a physical way.

Our work for the week was divided into two separate project locations. The first was at Ash Island, a small island created by a local river splitting into two channels before connecting with the ocean. The Island was at one point inhabited by a few family farms but was abondoned due to high tides causing excessive flooding, making the area mostly unimpacted by humans. It is one of the last remaining areas of wetlands in the region and the salt marsh found in the area is some of the last remaining in all of Australia. Our task was working on the edges of these salt marshes in order to remove an invasive species called Juncus acutus, a sharp bush that can’t be inhabited by local birds and out-competes the native plant Juncus usitatus. We used small tools to dig underneath the roots and did out best to clear the species from the area. While removing Juncus dominated the majority of our time at Ash Island, we also spent some time removing plastic growing bags, as well as potting native seeds other CVA volunteers had collected the week before.

The other site was a state conservation area known as Glenrock, a large piece of land that has been kept mostly free from human development right on the ocean and is sandwiched between two of Newcastle’s public beaches. The area is absolutely gorgeous and is an awesome combination of untouched beaches and coastal rainforest. It sits on an old coal mining area and the park is actually the spot of the first coal discovery in Australia. It is hard to imagine the forest was once filled with miners, but the remnants of coal railways in the earth serves as evidence to the history of the area. We worked in the rainforest removing some invasive species that were rapidly taking over the land and outperforming local plants. CVA is also working in Glenrock to restore some rainforest areas that had been destroyed and are now clearings. We assisted these areas by weeding around native trees that had been planted and watering these trees as recent drought has made the survival percentage fairly low.

On our last day of work this week we got treated to an afternoon trip to BlackButt Wildlife and Nature Reserve. We arrived just in time for the Koala feeding and got to see the cute little marsupials chewing on their eucalyptus leaves. The reserve also has lizards, birds, kangaroos, wallabies, wombats, and more. It was a great end to the week and exciting to get to see some of Australia’s famous animals.

The work isn’t necessarily the most exciting or entertaining, but it is the dirty work that needs to be done in order to improve the local environments. It isn’t too hard to get through the day thanks to some well timed breaks, good conversation, and simple enjoyment of the stunning surroundings. At 4:00 PM we head back to the house to relax and re-energize for the upcoming work day!

When we weren’t at work we kept busy by playing beach volleyball and soccer, exploring some local swimming holes, cooking group meals at the house, and playing games. I have really enjoyed getting to see some of Newcastle this week through a few long walks and short runs. Not much is wrong with the world on an 80 degree day with the sun shining and the breeze coming off the ocean. Looking forward to the next week! 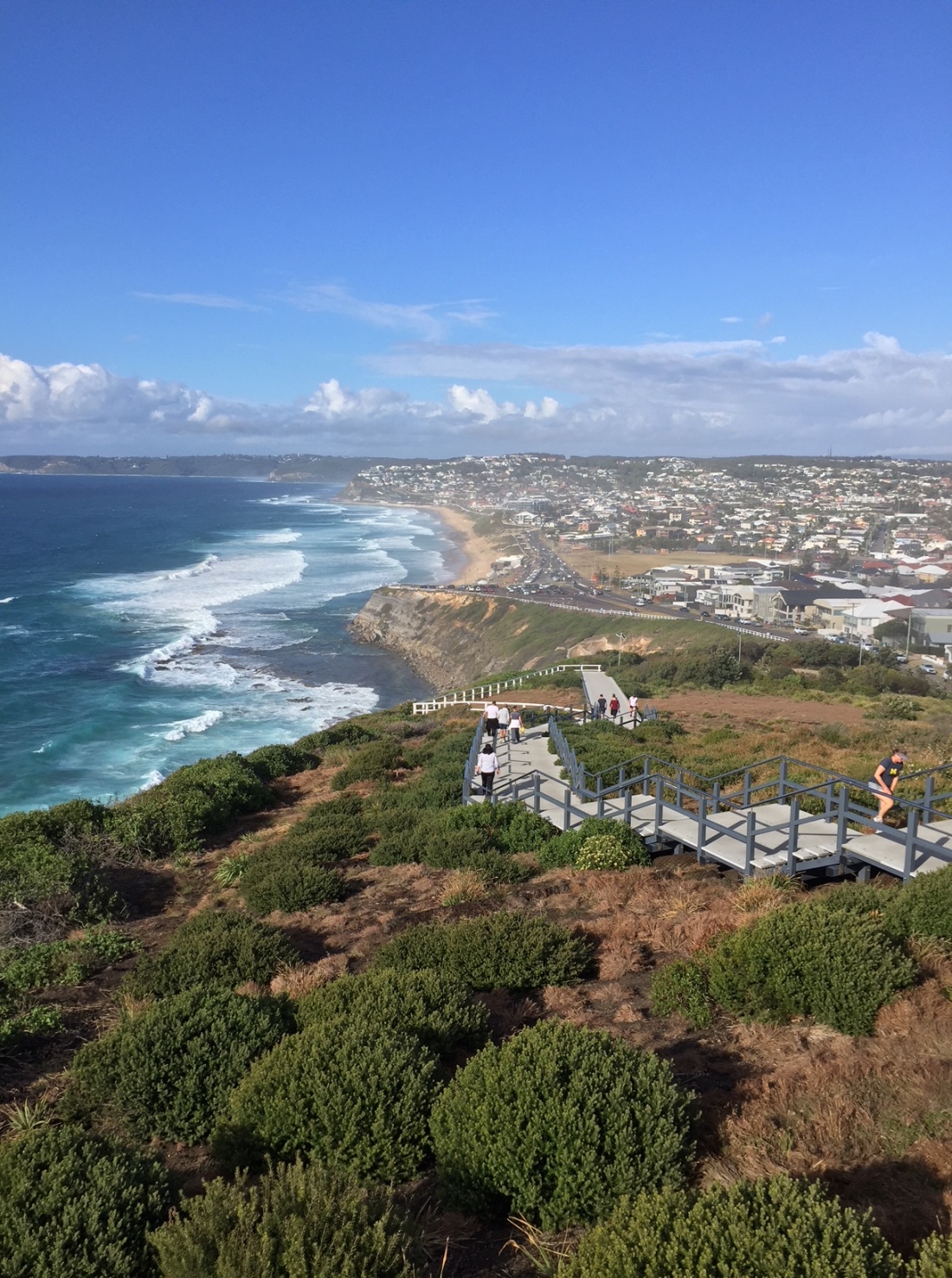