As I look at my train ticket, I am baffled by the fact that the date begins with a 3. Somehow, it is already March and what’s even crazier is that today is my last day in Australia. My month here has flown by just as fast as the cows outside my train window pass. It’s been a quiet week since I found myself on the same train destined for the station I just left, but it was a great way to finish out my time with CVA.

After arriving at Warrnambool Station on Friday afternoon, we were greeted by Nick, the regional manager for CVA in Southwest Victoria. He brought us to the Warrnambool Beach Backpackers where we would be staying for the weekend, and gave us a brief overview of the week to come. Due to an overbooked hostel, I had the pleasure of spending the first two nights of the weekend in a trailer across the street. While it was not the most luxurious accommodation, it was actually very nice to have a little bit of extra personal space for a couple days. I settled in and checked out our surroundings the best way I could, with a run along the water. Our hostel was just a few minutes walk from the beach, and there was a walking and biking path in the greenery along the water that was the perfect spot for a run. I was also fortunate to have pretty excellent timing as I finished just before the sky opened up and treated us to a nice shower.

The weather was a similar combination of cold, wet, and grey for the rest of the weekend, so I did my best to see the town despite the conditions. I got to know my fellow volunteers, five girls from Japan, a girl from Korea, and my friend Amelie who volunteered with me in Newcastle. One afternoon we all walked to the city center and checked out the main streets of Warrnambool. While it is a smaller town with just over 34,000 residents, there were quite a few nice shops and cafes scattered in the CBD. Throughout the weekend I took a few runs along the water, each one better than the one before, and I really appreciated getting a breeze, ocean views, and greenery all at the same time on the path. Some of my time was also occupied by a few walks along the other side of the bay where there were some beautiful rock formations along the water. One evening I made my way to Flagstaff Hill Maritime Museum and Village, about a 20 minute walk from the hostel. The Village is a replica of the whaling communities that popped up in this region in the 1800’s in order to support the whaling industry. I had tickets to the light show which used a series of projections on screens, buildings, and water, to tell the story of the Shipwreck Coast and the development of the area. While the whole thing was a bit cheesy, it was quite interesting to learn about and hear the stories from the original aborigine population, to the whalers, to the colonization of the coast, and all the way up to today. It was also pretty fun to be able to walk through the old village and imagine the town alive with the dwellers of the 19th century.

A few movies and some games of Jenga later, our quiet weekend was over and it was time to get back to work. On Monday morning we got picked up by our team leader Rosemary and made the two hour drive to Wannon Scout Camp, our home for the week. The one story house was fitted with a couple rooms with bunk beds, a small kitchen, and dining area. After cleaning out the dead mice which kindly greeted us, we dropped our bags and then made our way another hour in the car to our work site, Mocamboro National Forest. This old growth, native forest was an absolutely beautiful place to spend the week. I loved getting to work in such a green, natural area, and driving past thousands of giant red gum trees to get there. The goal of the project was to kill the pine trees that have started to invade into the native forest. Pines exist all over the country and are frequently used in lumber farms, but they are an invasive species. They threaten the native trees as they disperse seeds easily and efficiently while also sucking up a lot of the water and nutrients in the soil. In two teams of four, we would attempt to kill the trees using herbicide. One person would use loppers to remove the lower branches of the trees in order for the next person with a power drill to have space to drill holes into the core of the tree. Following the driller, one person with a backpack full of glyphosate would fill the holes before the final team member marked the tree with white paint and save the coordinates on a GPS device. Since we were able to switch jobs and there were plenty of trees needing to be treated, the work passed quickly and was fairly entertaining.

In the afternoons there wasn’t much to do as Wannon Scout Camp is quite literally in the middle of nowhere. I had my fair share of relaxation but also did a bit of exploring and found a waterfall that wasn’t flowing due to the dry summer. We also checked out a couple local communities, Port Fairy and Hamilton, to occupy ourselves. While living in such a remote place was sometimes a little slow, it definitely had its advantages as we saw hundreds of wild kangaroos, as well as other wildlife such as emus, possums, cockatoos, and more. Before I knew it, our week was over, and we were back at Warrnambool Station.

Well that brings me to here and now. It will be strange to say goodbye to Australia tomorrow when I board my flight to New Zealand, but I am very thankful for my time here. I saw a flurry of beautiful and amazing things over the last four weeks, from beaches to forests to wetlands to cities to rivers. I met interesting people from all over the world, heard their stories, learned about their cultures, and called them friends. I spent a lot of time on my own pondering a range of topics and reflecting on my experiences. I contributed to an environmental movement that I am passionate about. I had a fantastic time, and I hope it won’t be my last in Australia. 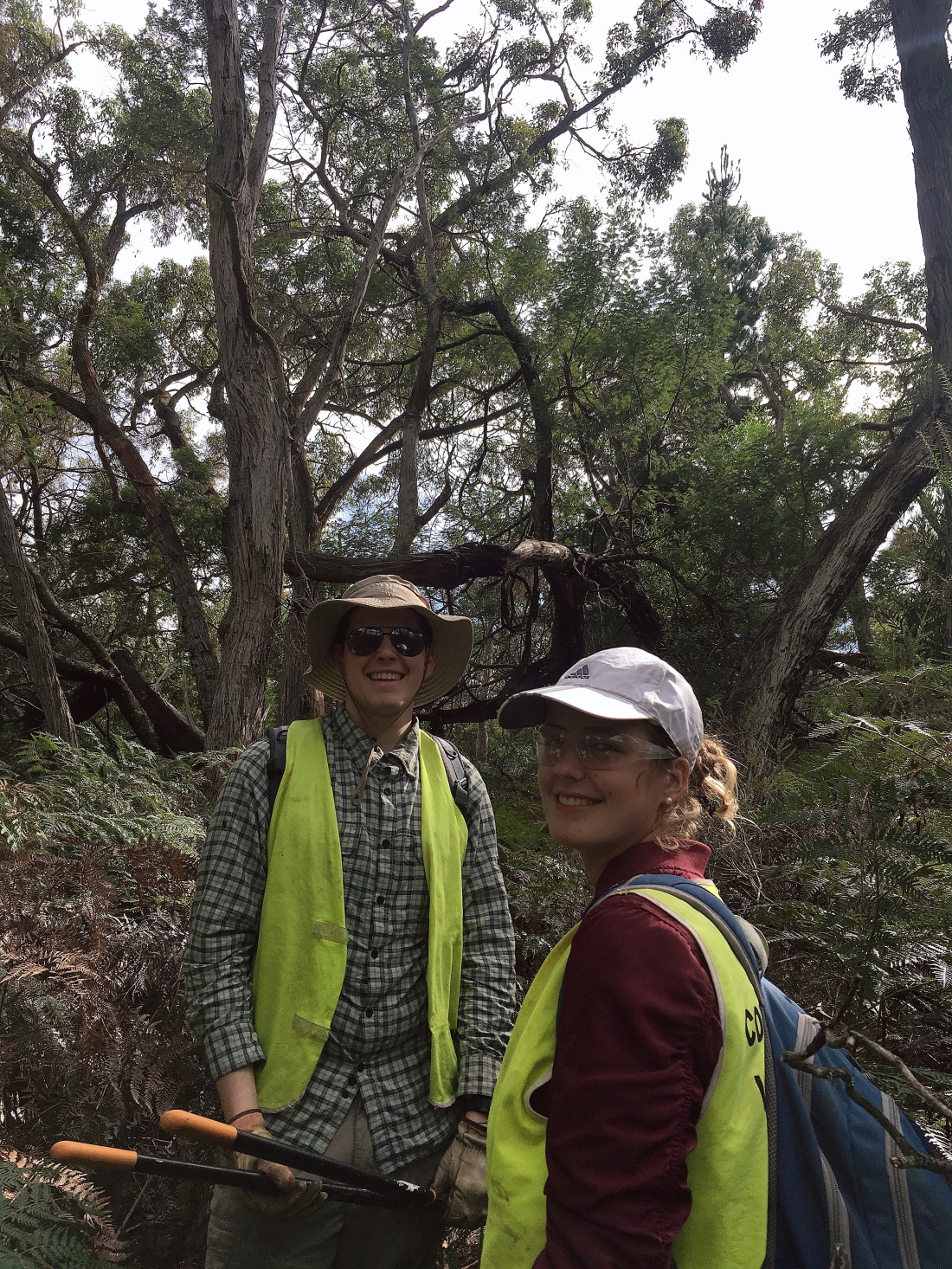 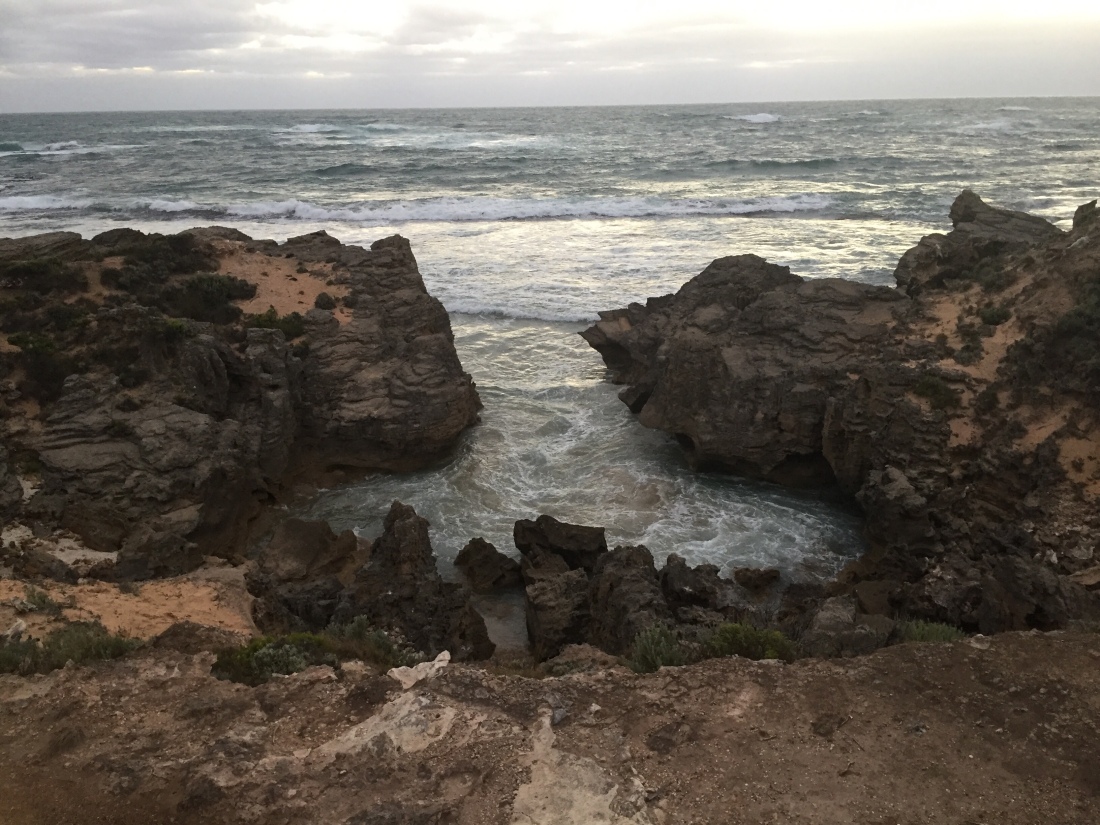 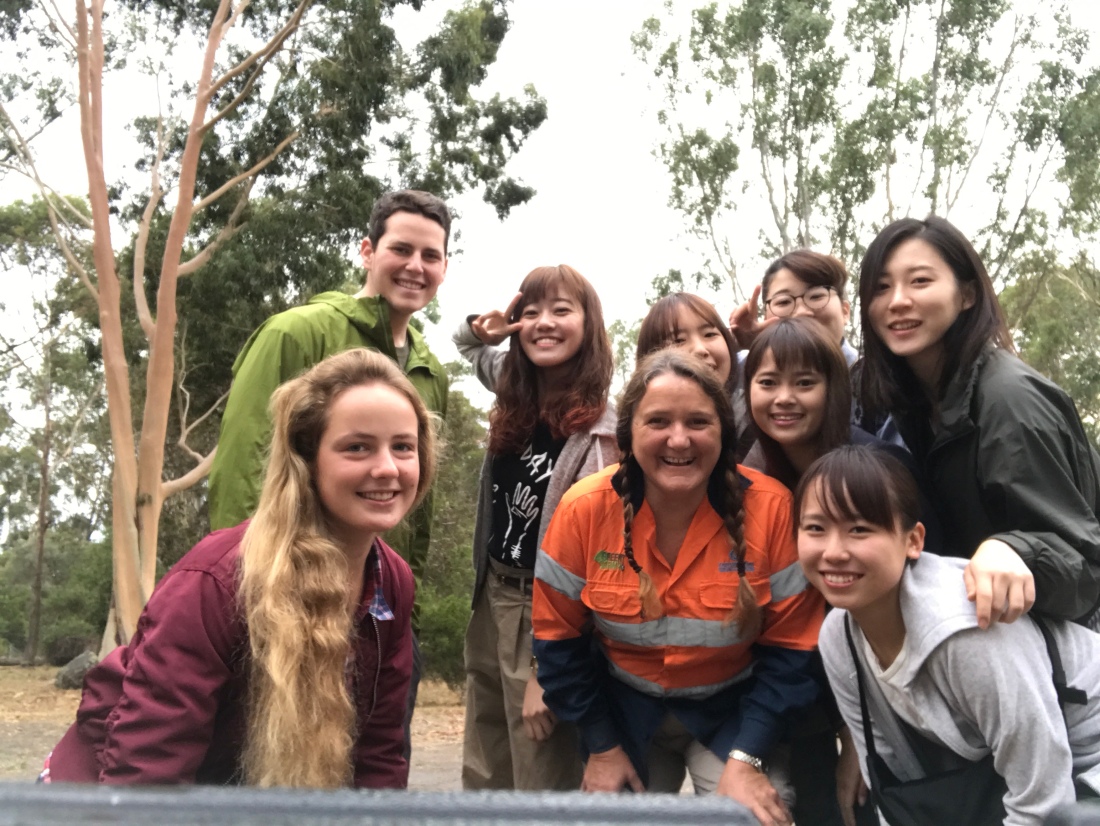 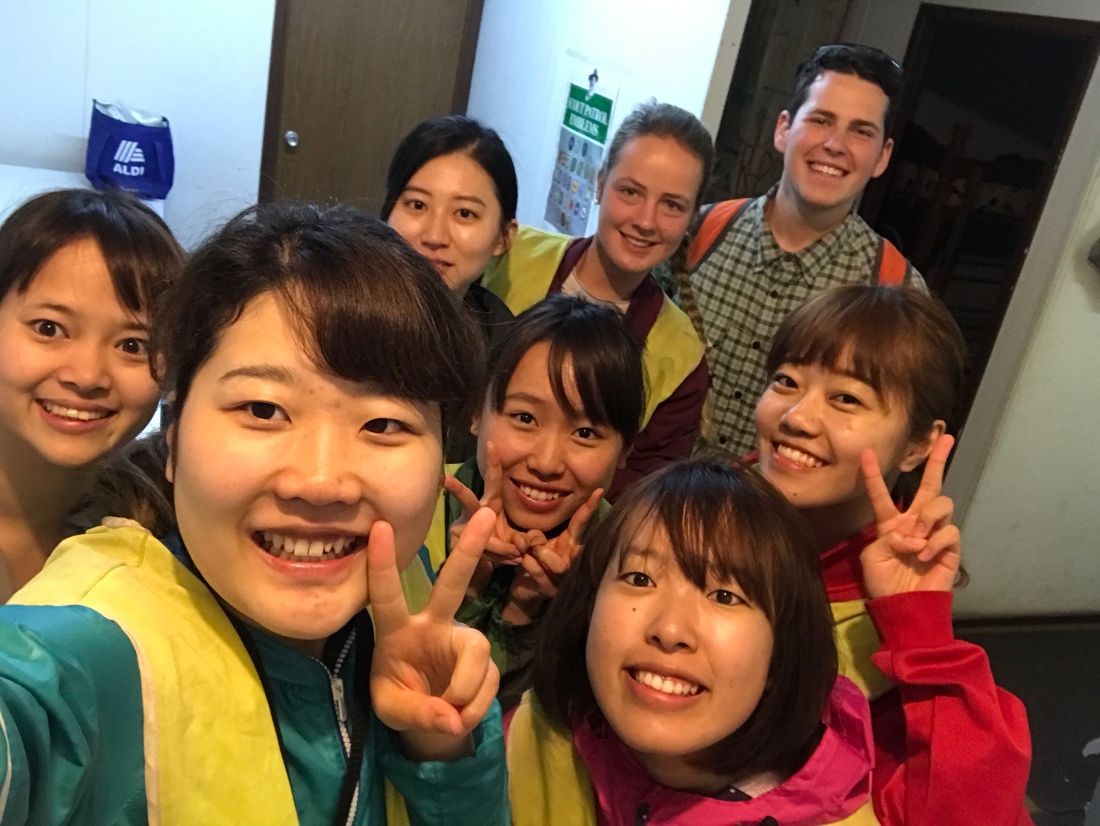 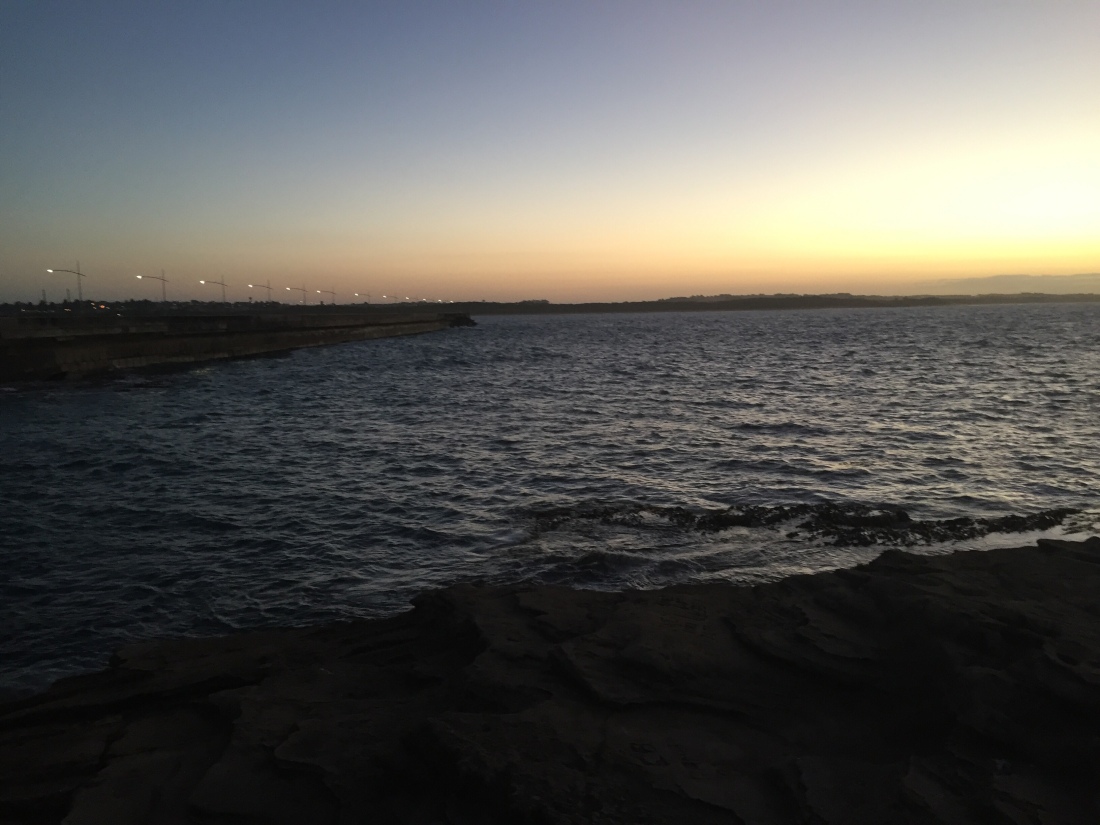 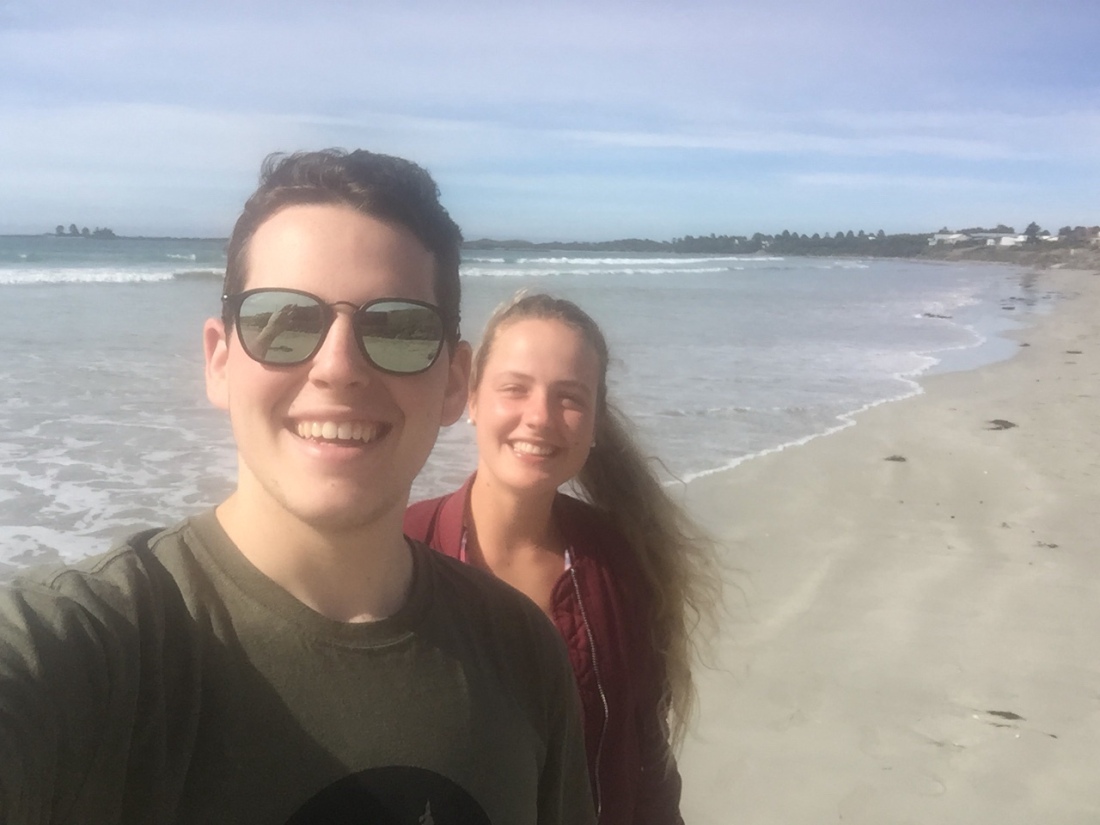 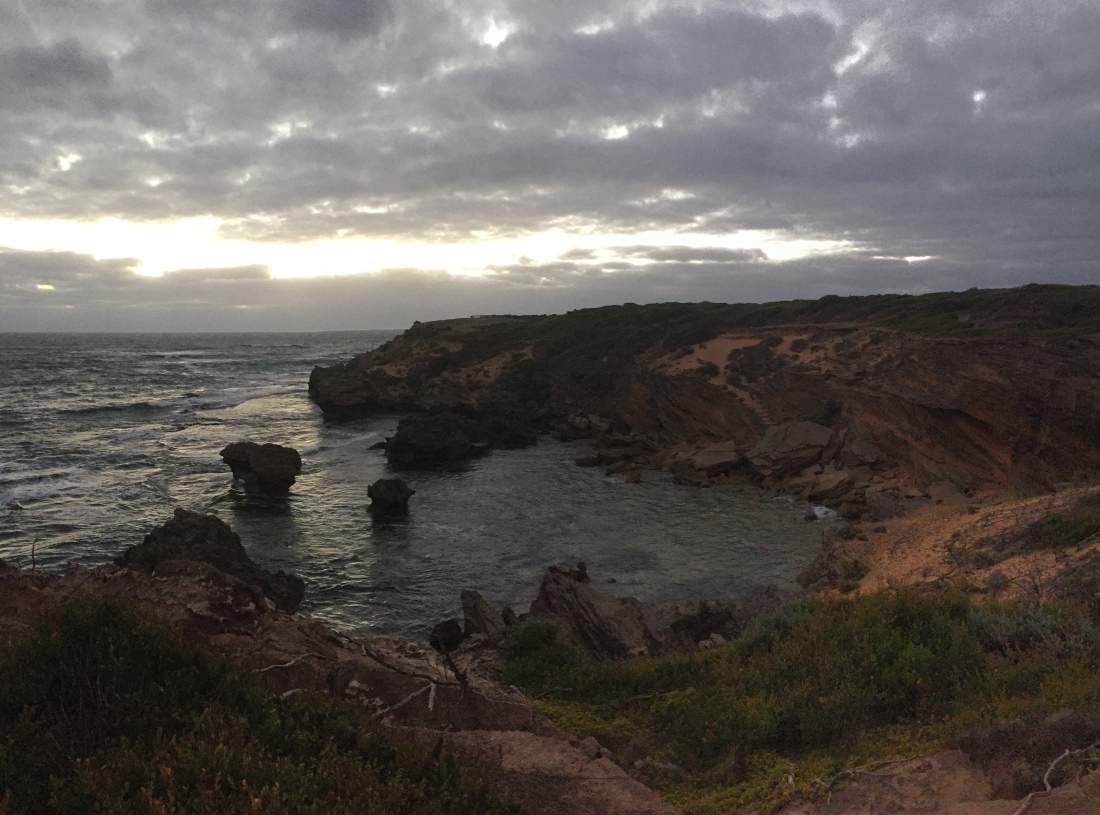 2 thoughts on “A Farewell to AUS”